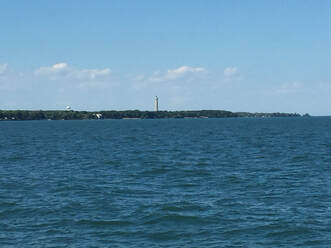 Cyanobacteria, Nitrogen Cycling, and Export Production in the Laurentian Great Lakes
In collaboration with  Drs. Joe Werne, Emily Elliott, Trinity Hamilton, we are investigating nitrogen cycling and export production using a combination of sediment microcosms and the molecular isotopic composition of porphyrins from both suspended particulate matter and sinking particulate material in modern lake systems (Lakes Superior and Erie). We will compare nutrient removal and processing in a system characterized by eutrophication and seasonal cyanobacterial blooms (Lake Erie) with one characterized by significant picocyanobacteria productivity but the near-absence of cyanobacterial blooms (Lake Superior). 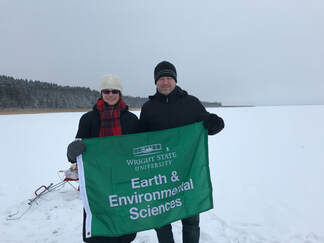 Lake Võrtsjärv and Lake Peipsi, Estonia
Winter, under-ice sampling is one of the biggest knowledge gaps in limnology. We are working with Dr. Margot Sepp (a postdoc in our lab) and other collaborators at the Estonian University of Life Sciences to measure nitrogen cycling under ice to understand the impact of climate change (shorter winters) and under-ice processes on summer algal blooms. This research is funded by fellowships and a grant to EMU through the Estonian government. 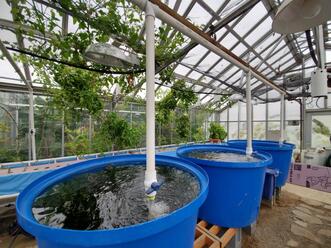 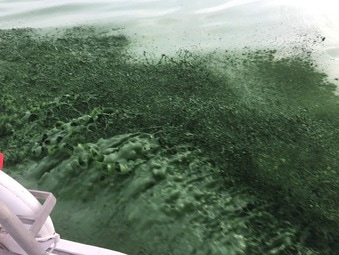 Ammonium Dynamics in Lake Erie
The Western Basin of Lake Erie is hypereutrophic and subject to annual Microcystis blooms as a result of the phosphorus and nitrogen entering through the Maumee River.  Although Microcystis is stimulated by and very competitive for ammonium, very little is known about its cycling in Lake Erie. We are measuring rates of ammonium uptake and regeneration, ammonia oxidation, and sediment ammonium efflux and burial, along with characterizing the nitrogen cycling bacterial communities, in order to construct a preliminary budget for the Western Basin. This work was funded by Ohio Sea Grant. 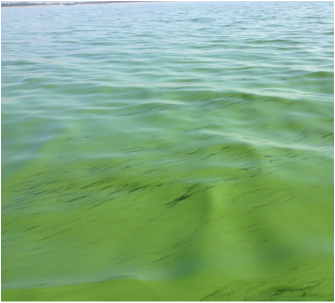 Lake Taihu, third largest freshwater lake in China, is a hypereutrophic lake that experiences seasonal, cyanobacterial harmful algal blooms (cyanoHABs). These Microcystis blooms produce the toxin microcystin and have been linked to the increased input of the anthropogenic nitrogen. Studying the nitrogen cycle in this ecosystem and examining the genetic structure of the microbial community can provide critical information for managing excess nitrogen in the lake and its removal. The first step of nitrification, ammonia oxidation, links ammonium to N removal via denitrification. Does competition with Microcystis impact the ammonia oxidizers and, therefore, the nitrification and denitrification rates? 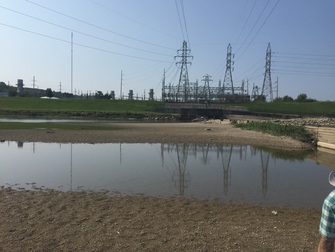 The Great Miami River has experienced severe algal blooms in recent years, due to nitrogen and phosphorus inputs.   We are quantifying fluxes of removal and recycling of both nitrate and ammonium within sediments of the Lower Great Miami River. Comparing nitrogen loads to removal and recycling rates will allow us to answer the following critical questions: Are sediments a source or sink of nitrogen and phosphorus in the river system? Does this change seasonally (high flow/low flow)? Upstream or downstream of a dam? 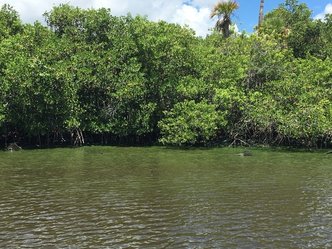